Oodles of Noodles: Jayhawk Records vs. Dividing By Zero Records

Oodles of Noodles: No other rock music label has its finger on the pulse of millenials like Fueled by Ramen, the home of some of the most popular bands of the 2000s and 2010s. From their humble beginnings in Gainesville, where ramen was the only meal staffers could afford, the label has grown into a smashing success. This theme brings their artists together to rock out at the label's corporate headquarters in New York City.

This concert timed out on Erik's turn, making Steve the winner.

Steve took this artist, in accordance with the trade rule: 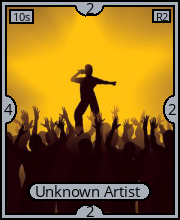 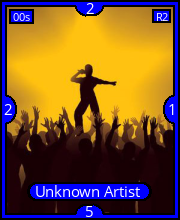 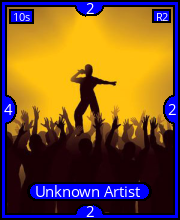 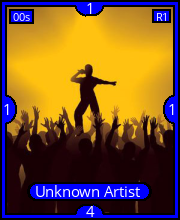 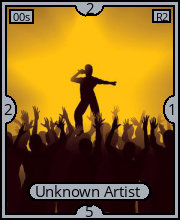 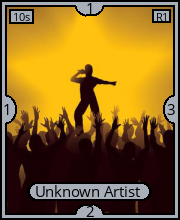 Turn 2 should be me playing Gym Class Heroes to upstage left.

I'm investigating this and a few other bizarre issues. Please don't play another turn until I comment again. Sorry for the trouble.

I cannot recreate this problem after extensive testing. I could guess at what happened but I have no way to prove it. I wish I had a better answer. :-(

I hope you two don't mind if I reset this back to turn 1 and let Erik play turn 2 again. (Since it's gone: Turn 2 was recorded as blank, as in no artist and no space. Steve played turn 3 at upstage left, where Erik said he played turn 2, so I can't just fill in what Erik says for turn 2 retroactively.)

We Built This City: Dividing By Zero Records vs. Jayhawk Records