This page celebrates a variety of accomplishments by players of Celebrity Goo Game.

The most recent winner has bragging rights as the top player in the game.

browse a list of winners of the live game

The player with the highest score of all time is the master of the goo game.

browse a list of players who previously held the highest score

The streaker is the player with the most consecutive correct guesses, not counting current goos or his own creations.

browse a list of players who previously held the longest streak

The player who has created the most celebrity goos is called the creator.

browse a list of players who were previously the creator

browse a list of all players who have created goos

A player who solves a goo in every category is called a collector.

This player has solved every goo in an entire season, not counting his own goo creations, more often than any other player.

This player has been the only person to solve a goo more times than any other player.

This player has solved more goos in under one minute than any other player. 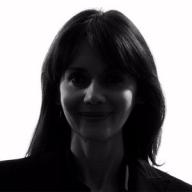 The game's best players are profiled in the Hall of Fame.

LaVonne Lemler, most recent inductee
For all of the fun of solving goos and the tension of the competition, one of the best things about Celebrity Goo Game is the community of people that you join when you play for a while. You get acquainted with some pretty nice people, and in this game, it's possible that no one is nicer than LaVonne Lemler. She's the first and sometimes only player to congratulate the winner of each season. She never has a bad word to say about other players' goo creations; she treats even the very difficult goos as a reason to push herself to play better. Players don't often see it in public, but she sends private messages just to be nice, like remembering anniversaries and celebrating birthdays. Even through personal transgressions against her and her family, like false accusations of cheating and a betrayal by a personal acquaintance, she has taken the path of forgiveness and civility. The game is a richer, happier experience because of the geniality that characterizes every interaction with LaVonne. more…

browse the entire Hall of Fame