Join us as we watch the entire Marvel Cinematic Universe in order and discuss every movie and show! Weekly, we watch either one movie or two TV episodes, then share our thoughts in a discussion thread. Spoilers for later titles are hidden, so the project is safe to join if you've never seen the MCU before. You can skip any weeks that you'd like and still join the later discussions. Here's what we're watching, and here's how to see it.

• Every short film: The Marvel One-Shots, the "Team Thor" series, and an MCU Spider-Man short produced by Sony Pictures.

Future content will be added to the schedule within a few weeks of its release.

What We're Not Watching

• Documentary series produced by or for Marvel Studios, like Hero Project, 616, Assembled, or Legends.

• Advertisements set within the MCU and/or produced by Marvel Studios, such as "A Mini Marvel" or "Parking Spot."

• Movies or shows produced by other studios and not intended to be part of the MCU that were retroactively canonicized by later productions.

• Unreleased pilots like Most Wanted that were not intended for public viewing.

Why is This Canon and Not That?

Let's not debate canon. Marvel Studios itself makes contradictory statements as to what it considers canon, and Marvel and Sony frequently disagree about it too. Ultimately, canon is subjective; you must decide what counts to you.

That said, we do need some boundaries for our discussions, in order to avoid wandering ever deeper into the weeds, so the above guidelines were drafted. It is of course fine to skip anything that we're watching, or to watch any additional content that we're skipping. Feel free to comment on outside media that's not part of the project.

The Hulu shows: These were all produced by subsidiary Marvel Television with the intention that they be part of the MCU (albeit on alternate Earths in the same multiverse, in the case of the animated shows). Subsequent statements from company executives contradict each other as to whether these shows still count as part of the MCU.

The Netflix shows: These were also produced for the MCU by Marvel Television. Some statements by company employees have indicated that these shows are no longer considered canon, but there has been no official company statement. The shows contain numerous explicit references to other MCU content like the Avengers.

The "Team Thor" shorts: These seem to be apocryphal by nature, but were produced by the same company with at least a tongue-in-cheek attitude towards canonicity, and later titles include references to them. Even if they aren't canon, they are fun, brief, and non-disruptive to include.

Advertisements set in the MCU: These would be similarly insignificant to include, but there are so very many of them, often re-edited and re-released at different lengths, and some virtually impossible to find online, that we will skip them all as a category.

Old movies retconned into the MCU: Our intention is to skip these since they were not produced for the MCU, but that might change as more old Sony and Fox films are referenced by new MCU content. (If an old villain from Sony's earlier Spider-Man films re-appears in an MCU film, is it definitely that same character, or is it another version of that character from elsewhere in the multiverse being played by the same actor? What about the old Fox X-Men appearing in a new Deadpool film?)

Do you disagree about where these boundaries should be drawn? Feedback is always welcome.

The MCU Project: How to Watch

The vast majority of the content in this series is available on Disney+, with a few titles on Hulu. The few missing titles can be seen for a few dollars on Amazon or YouTube.

It's recommended that you create a free account at Reelgood and register your streaming services with them. Once that's done, you can click any "where to watch" link next to an MCU movie or show to see which of your services carry it. If you can't see that title on any streaming service, Reelgood will recommend places to rent it for a few dollars instead, if possible.

A few short films are not consistently available online, coming and going from different platforms. When each new week begins, if there is no "where to watch" link for a title, the site adminitrator Scott will comment with instructions for viewing that title online. 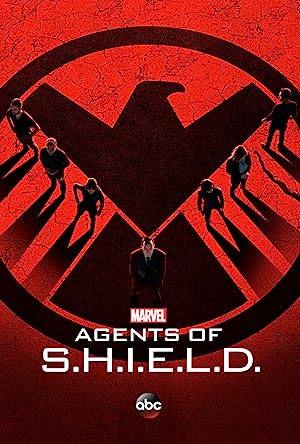 See all discussions so far.