Me and you, and you and me
No matter how they tossed the dice, it had to be
The only one for me is you, and you for me
So happy together!

Inspired by the 1967 hit pop song by The Turtles, Rock Block's fall 2015 tournament sends you on a search for pairs of rock & roll albums. By drawing and winning concerts, you can claim possession of albums on the grid below. If you possess only a single copy of an album, it can be taken by another player, but find its matching copy and the pair will stay yours for good. If you collect more pairs than any other player, you'll win a prize!

Congratulations to Steve West, champion of the fall 2015 tournament!

Steve collected the most albums in his inventory.

Fats Domino, This is Fats

Johnny Cash, Johnny Cash with His Hot and Blue Guitar!

Jimi Hendrix, Are You Experienced

The Band, Music from Big Pink

The Rolling Stones, Let It Bleed 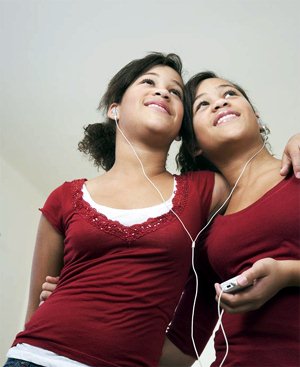 Concerts: "Happy Together" concerts will be generated randomly between pairs of players. Each player will have one such concert at a time, and will not repeat the same opponent twice in a row. These concerts will have the None trade rule, and will expire after three days instead of the usual seven. All other terms will be randomly selected, including who is assigned to be challenger and defender. These concerts will not result in ranks of new artists in the Collection Guide, as participation in the tournament already does so (see Prizes below), but they will count towards achievements such as "win fifty concerts."

The Album Grid: Pairs of classic rock albums will be arranged randomly on a grid on this page, with their cover images obscured. (They will appear as identical records or compact discs.) Ten pairs of unknown albums will occupy the grid at a time, starting with albums from the 1950s and gradually advancing in time to the present day. Once a copy of an album is claimed, a new unknown pair will enter the grid. A total of 140 pairs will appear over the course of the tournament.

Inventory: Once the same player has claimed both copies of an album, that album moves off of the grid and into the player's permanent inventory, and can no longer be stolen. This counts towards the player's final score. However, collecting gradually becomes more difficult: Once a player has added ten albums to their permanent inventory, they must claim two pairs of albums at a time to move one into their inventory. After ten more albums are collected, that threshold increases to three pairs at a time, and the difficulty continues to increase in this fashion.

Winning: Once all 140 albums have been claimed or collected and there are no more undiscovered albums, the tournament will end. At that point, whoever has the most albums in their inventory will be declared the champion. No further "Happy Together" concerts will begin. The "Happy Together" concerts that had already started will play out, but their outcomes will not affect the grid.

Joining and Leaving: Participation is automatic for everyone who is an active player in Rock Block. Log in or create an account to get started. You can opt out of participation in tournaments by visiting your label, clicking on the "Options" tab, and selecting "No Tournaments." If you opt out in this manner and later return, any albums already added to your inventory will remain there.

End Date: If there is still no champion at midnight (ET) on the night of December 30 2015, the tournament will end prematurely. The champion will be the player who has collected the most albums in their inventory at that time. If one player has a significant (multiple-album) lead over other players a few hours before midnight, the tournament will be declared over at that time.

Every participating player will also receive a free copy of The Turtles in their label.

A "participating player" is defined as playing at least one turn in a "Happy Together" concert.

How has the tournament progressed? Here's a complete log.

These are all "Happy Together" concerts in chronological order. Bold titles are still being played.