This article was written in February 2011, when Amy was originally inducted to the Hall of Fame, at a time when there was only one inductee per year. In February 2020, her year of induction was retroactively changed to 2010, her first year of eligibility. 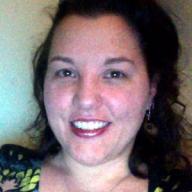 It didn't take other players long to realize that Celebrity Goo Game had changed when Amy Austin joined it in October 2004 and became a dominant player almost immediately. They tried to dismiss her impressive solutions of even the most difficult goos as a product of her then open schedule, but free time had little to do with it: Amy solved most goos within minutes of their publication every night, some of them so hard that they stumped everybody else for the rest of the week. They tried to kid her talent, giving her the nickname Darth Goo for the intimidating presence that she became in the competition. But there was no denying that Amy's dominance had created a gravitational shift towards intensified competition and harder goos, pushing the game to an unprecedented limit: Scott was unwilling to make goos hard enough to keep up with Amy's exceptional talent for solving them, so he shifted the game's emphasis away from the competition and towards sillier, more fun, more thought-provoking goos instead of merely challenging ones. Amy hadn't just defeated individual goos and other players; she had beaten Celebrity Goo Game itself.

Even as Amy changed the nature of the game's competition, she continued to dominate in it. She quickly became the first player in three years to win consecutive seasons, but even more impressive was her victory in Round XLI in 2009 that proved her mastery of game strategy: In a grueling competition that dragged on for nearly twice the planned length of the season, players used every option they had earned to knock each other out of the running, but Amy's combination of a judicious use of her own options and careful timing of her guesses allowed her to outlast the entire field of competition and emerge triumphant, the hardest-won victory in the game's history. Amy's talent for decoding the game's most vexing goos earned her an incredible nine solo solutions (when nobody else could solve the goo that she could), by far the most in the modern era. It also helped her break Denise Sawicki's streak of 59 correct guesses, a feat then considered nearly impossible when the goos were much more difficult by design. On the eve of her well-deserved induction to this Hall of Fame, Amy's lifetime record surpassed a whopping 1500 goos, quantifying what everyone has known for years: She is indisputably one of the game's very best players.

For all of Amy's celebrated mental accomplishments, her most important contribution has been social. Through interactions that began on the site and continued on the phone and in person, Amy has sought out and befriended fellow members more than anyone else on the site. Her passionate enthusiasm for the game and her modesty about her own abilities have encouraged other players to improve, and she has directly brought several players into the game, including fellow high-scorer Tony Peters. Omnipresent in many lively debates on the site, Amy has inspired such shifts as whole changes in scoring systems and the removal of difficulty ratings on goos (after her talent for solving them rendered the ratings obsolete anyway). Throughout her discussions with Funeratic members, Amy has developed real relationships and fond mutual feelings that extend into real life. For Amy's friendship, Scott and many other people on the site have much to be grateful for.