This article was written in February 2005, when Denise was originally inducted to the Hall of Fame, at a time when there was only one inductee per year. In February 2020, her year of induction was retroactively changed to 2004, her first year of eligibility. 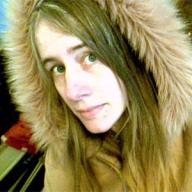 With her self-deprecating wit, Denise Sawicki would probably be modest about deserving a place in the Goo Hall of Fame. But fortunately for her, the numbers don't lie: A remarkable (and never since beaten) string of 59 consecutive correct guesses, at a time when there was still a week's delay between each new celebrity. 316 correct guesses in total, second only to the Goo Masters themselves. A winner's trophy. A Golden Imelda. And the fear of her peers: Denise so rarely guesses incorrectly that if she cannot get a certain goo, it might as well be impossible. To win a season is to emerge triumphant over a half-dozen or so expert players who stand on the verge of victory themselves; Denise is the most consistent member of that club, season after season holding her own no matter how many players enter the fray against her.

On the other hand, it could be said that Denise is the unlikeliest person to be inducted. In order to play this game, she had to overcome a significant lack of familiarity with popular culture. She watches no television and enjoys having uncommon tastes in music and literature, but those traits almost kept her out of the game completely. The very same month in which Celebrity Goo Game debuted, Denise and Scott made contact through online personals and quickly became good friends. Scott urged her to try the new game on his site, but after two successful weeks, Denise decided that her lack of knowledge about pop culture would be too much of a handicap for her to compete. Matthew Preston and Aaron Fischer dominated the game for the next two years, but that era ended for good in January 2000 when Denise returned to the game with a vengeance. Soon she had claimed two awards and racked up ever-increasing streaks of consecutive right answers, broken only by the goos that she herself requested. Today Denise is still going strong, nearly winning the current season, just as she nearly won the previous season and countless seasons before that.

Denise has also shaped the game in her own ways, not least of which by bringing her then-boyfriend Jeff Flom into the game and indirectly inspiring his own high score and requested goos. Nick Drake and Stuart Murdoch are two of her favorite musicians and became memorable goos at her request, as well as Alan Alda, who became a goo because he met her while filming a TV special at her workplace. Her request of Richard Feynman was not only one of the first player requests but led to a renewed interest in scientific goos in general. In addition, Denise's amazing string of consecutive correct guesses directly inspired the Golden Streaker award, to honor her and potentially others who might someday outdo her difficult achievement, as well as its sister award, the Goo Streaker. You might never guess that a woman so modest about her own accomplishments and so disconnected from popular culture would be one of the best players ever to participate in the game, but adversity and modesty are not going to stop Denise Sawicki, the unsung expert of Celebrity Goo Game.

Denise's comments: It is an honor to be inducted into the goo hall of fame. When I started playing the goo game in earnest, it was mostly because I thought it would make Scott happy. However, I was soon addicted and took pleasure in seeking out the answers each week. My favorite kinds of clues are the nonsensical-sounding ones that suddenly make sense once you find the right answer - for instance, Rebecca Romijn-Stamos. I'll probably never get the kind where you have to recognize the celebrity's face with no meaningful written clue! Now that there is a new goo every day and Scott is trying harder to thwart culture-ignorant google-users, I am having a much harder time tracking down 7 goos a week. But I am very grateful to be recognized for my efforts before the days of my goo proficiency fade into distant memory. Thanks to everyone and especially to Scott for making this such a great website!