Matthew was inducted to the Hall of Fame in February 2003, in his first year of eligibility. At that time, there was only one inductee per year. 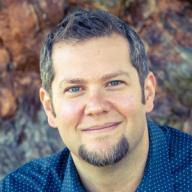 Though he is by far the winningest player in the history of the goo game, Matthew Preston deserves to be the first inductee for a greater reason: The game would never have existed without him. In February 1998, Scott and Matthew were college roommates, and Matthew was running a game on his web site where he'd put up a yearbook picture of a celebrity every week, and friends would try to guess who it was. Scott really liked the game, and with Matthew's permission, he borrowed Matthew's copy of Kai's Power Goo and invented Celebrity Goo Game. Scott let Matthew choose the category of the very first goo, and when Scott officially launched the site, Matthew was standing beside him and made a correct guess within seconds.

Matthew is the only currently active player to have played the game in its very first week. He won that first season, and never looked back: Winning nine seasons of the game (that's three times as many as the next most successful player!), including a streak of six consecutive wins that the game will probably never see accomplished again, he has easy claim to being the most successful player in the history of the game. He has spent a total of 870 days, almost two and a half years, as Goo Champion. He is the only person ever to hold the title of Goo Master (the highest-scoring player in the game), a title he claimed on week one and never relinquished. He has guessed more goos correctly than any other player, making his two hundredth correct guess the week before this page was created. He has won the Golden Imelda award a record nine times (that's seven more than the next player). For five years, he has consistently been not only one of the regular players most likely to get each goo right, but also one of the first to get it. He is the only player who can claim to have been with the game as long as Scott has. And with all of this success, there's no indication that his champion-level dedication to the game will end any time soon: Matthew is expected to continue to dominate the goo game for quite possibly years to come.

Besides just playing the game well, Matthew has had a major influence on it in other ways. As already explained, he inspired the game in the first place; Scott would never have thought of it without him. He volunteered to help Scott convert the HTML site to PHP in 2002, a massive project that took six months of coding and data entry, but the result worked flawlessly. He was the inspiration for the Goo Master award (his unofficial nickname for years prior). He was one of the two players who inspired the weekly mailing list by asking for email notification of each new goo. He saved the "Goos in the News" feature by being one of only two players to claim to read it weekly. He convinced Scott to score the game with virtual bingo cards, then years later convinced him to experiment with other scoring systems. He inspired the rule that when a goo is a fictional character and a player guesses the actor shown in the photo, the guess is valid. He inspired the tradition of a new "king" goo appearing every season, one of the most popular quirks of the game. He has also personally inspired more goos than any other player: Eddie Vedder, Samuel L. Jackson, Queen Padmé Amidala, Esther Rolle, Barry Sanders, Warwick Davis, Geri Halliwell, King, Jimi Hendrix, Kate Winslet, Hugh Jackman, Lee Miglin, Liberace, and Dominic Purcell all became goos because of Matthew.

It's impossible to deny Matthew Preston's influence on Celebrity Goo Game, for that would mean denying the game itself. He has been nearly invincible in the competitive part of the game, but he has also shaped it in many other ways, from inconsequential to fundamental. It is only fair that he is the first (and temporarily only) inductee to the Hall of Fame, the highest recognition for a player in the game.

Matthew's comments: It is an honor to be the first official inductee into the Celebrity Goo Game Hall of Fame! It goes without saying that a day surfing the Internet, is a day that I browse a Scott Hardie web page. It brings me joy to know that I have been an influence on the inevitable evolution and progress of this wonderful game. The many hours spent writing code, researching clues, and influencing Scott have been more than worth it over these last five years. I look forward to another five years of fantastic, revolutionary game play and web design! THANK YOU!