Quickly finding its proper audience on DVD is this burgeoning cult classic, not yet three years old. It slipped past me at the time, but in the spirit of the film, I feel as though I was destined to see it just now and understand it as though I had never missed it.

I kid, but the film has a remarkable ability to make you feel as though everything has a proper place and a meaning, even if you don't know what they are. That's due in part to the film's philosophy (accepting God's plan brings joy), but also due to an abundance of scenes that fit like square pegs in round holes. The film is a mishmash of tones and styles and homages, and while the theistic conceit justifies them on a plot level, they don't make for the most satisfying film. For all the coincidences and conceits that we are asked to swallow, we are promised a knockout ending, and what comes is smaller than what precedes it. The film gets less fascinating, not more so.

But it is worth seeing, and not just for its growing status. 25-year-old (!) director Richard Kelly demonstrates remarkable self-assurance with the film, guiding it from one oddity to the next, using near-constant slow motion to maintain the tone. It plays like an ideal dream, one in which the incongruous, repeating imagery makes sense if we think it through. (How interesting that this came out only a few weeks after "Mulholland Dr." by David Lynch.) The film takes advantage of its unusual structure to pay tribute to 1989s adolescence, when the kids who would become Generation X were beginning to sense that the whitewashed, philosophically empty world their parents had made for them wasn't worth the trouble. And hey, "E.T." with the bikes and Drew Barrymore.

Footnote: Richard Kelly has, I think, moved on to some other project by now, but the IMDb still lists "Knowing" as his next film, and I love the premise. A broken water main (love the reference) unearths a time capsule beneath an elementary school, and the children's drawings within show silly drawings of an imagined future world. But the investigator realizes that one child drew tragic events that really did come true in the decades to come, all except one that has not yet happened, and the investigator must race to prevent that final vision from coming true. I don't know if a similar premise with a more conventional structure would help rein in Mr. Kelly in a beneficial way, but I look forward to finding out.

write your own review of Donnie Darko 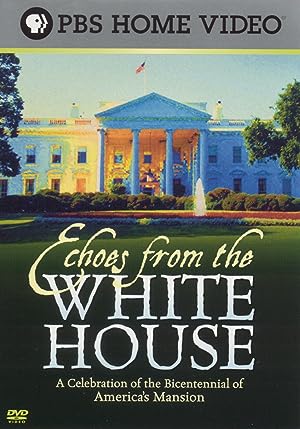 Echoes from the White House

Hedwig and the Angry Inch