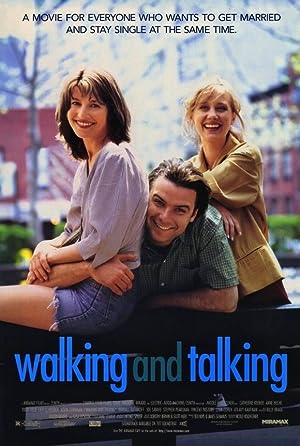 This movie from the mid-nineties feels like a relic of its bygone era, given that the plot hinges on VHS rental stores, answering machines, newspaper classifieds, and of all things, a rotary phone. It's a pleasure through and through, the kind of indie comedy that you watch with a smile the whole time, featuring maybe the nicest and most sympathetic character Catherine Keener has ever played. Writer-director Nicole Holofcener's ear for dialogue and compassion for regular people are evident even at this early stage of her career.

write your own review of Walking and Talking

Ghost in the Shell

Welcome to the Dollhouse