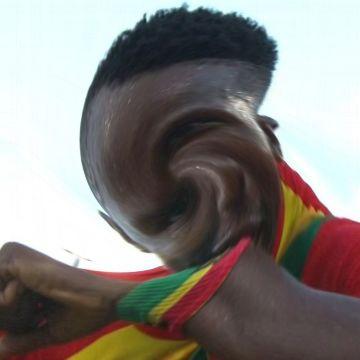 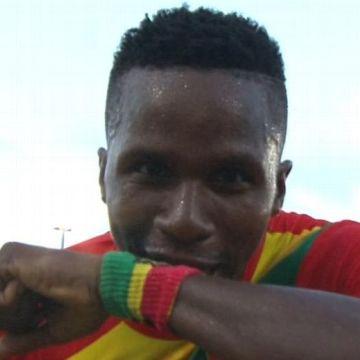 clue: When you cross the finish line at the end of your career, do you want to look back and say that you helped carry the tradition of sportsmanship?

explanation: Dabó made headlines in September 2019 for stopping during a running championship to help carry an exhausted competitor during the last half-lap until they crossed the finish line together. more…

trivia: Several players guessed other similar athletes. After discussion with Russ Wilhelm, Scott concluded that the source image is probably not Dabó, but some other unidentified Guinean athlete.

Despite his name, this Midwestern quarterback suffered more than his share of unfortunate injuries, so he became the rare player to walk away from the NFL in his prime, a month before his 30th birthday. Go »

He's been with the Padres longer than any player, and his specialty is a fowl ball. Go »