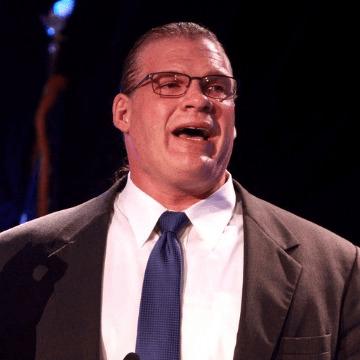 clue: This hellish half-brother recently body-slammed the competition to become a mayor in Tennessee.

explanation: Jacobs, who wrestles as Kane (half-brother of the Undertaker, member of Team Hell No), was elected as a mayor in August 2018. more…