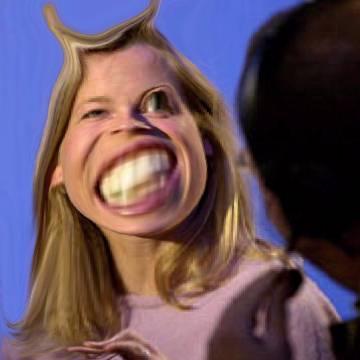 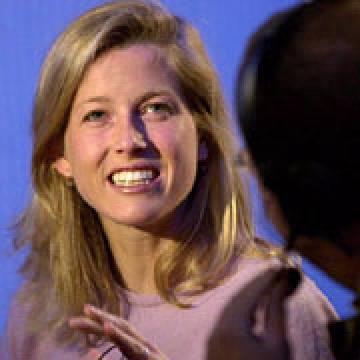 clue: Who would take a leave from law school to campaign for Gore?

explanation: Gore Schiff was the oldest daughter of Al Gore, who was campaigning for president when this goo went online in the autumn of 2000. She had taken time off from getting her law degree to help campaign for her father. more…

trivia: Several players guessed Kristin Gore, another Gore daughter who was helping the campaign. But A) Kristin wasn't in law school (she was a writer for the TV show "Futurama"), B) she didn't look much like her sister, and C) Karenna was much more famous for campaigning for Gore than Kristin was.