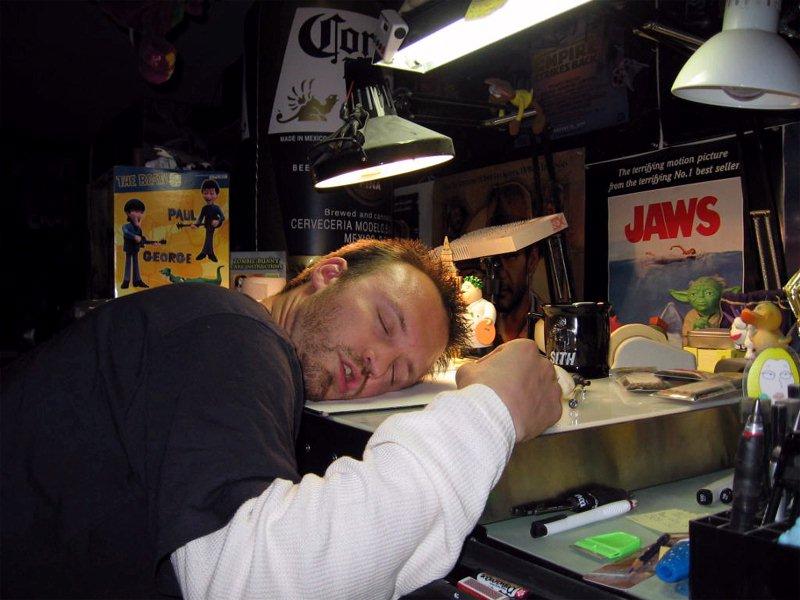 Family: Half-Irish (Dad's Side) Half-Mexican (Mother's Side)
Pets: Not yet, but I plan on getting a red-tailed boa constrictor.

Eric C. Martin was unplanned and un-welcomed to what used to be the fine city of Aurora, IL on 3/23/73. An only child, Martin failed miserably at nearly everything he took part in . . . except drawing. Despite repeated discouragement by his family to drop this "waste of time" known as drawing and repeatedly encouraged to take up ballet and pole dancing . . . Martin flourished as a legend in his own mind as the "World's Greatest Cartoonist". Reality however, kicked him in the ass while attending E.C.C. and he subsequently took a downward spiral into an abyss of credit card debt, caffeine, whoring, and depression (enter violin music here).
Bored with being a slacker, Martin joined the military in Y2K . . . after all, nothing was going to happen! It's not like we were going to be attacked . . .

After 4 years of traveling, Martin FINALLY ceased to be a whiny-crying little bitch and had his head surgically removed from his ass, and moved on with his future instead of living in the past.

Martin is currently a wanna-be rock star and a meter-reader for Nicor.

"When I became a man, I put away childish things including the desire to be very grown up." -C.S. Lewis