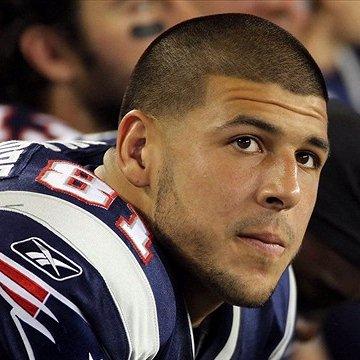 clue: This tight end was drafted by the Patriots in 2010, but now he has a lifetime engagement with the Massachusetts Department of Corrections.

explanation: Hernandez was an NFL player who was convicted of first-degree murder and sentenced to life without parole. more…

Not a day goes by that he doesn't regret sharing a nickname with a donut and a pirate. Go »

This Ontario native is known simply as "The Great One" for his two-decade domination of the sport of hockey, where he played for Edmonton, Los Angeles, St. Louis, and New York. Go »