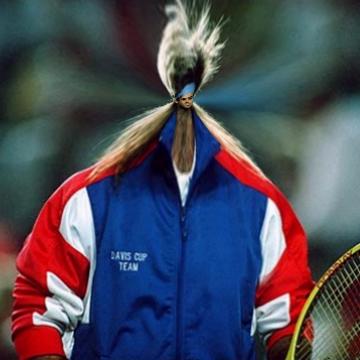 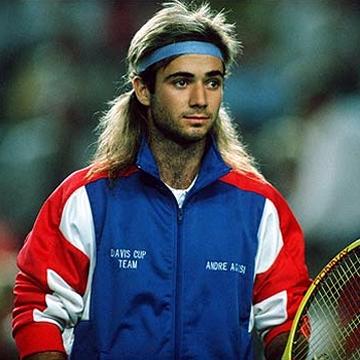 explanation: Agassi was the only male tennis player to win a Golden Slam. He was popular in part due to his full mane of hair early in his career and his shaved head later, and for taking off his shirt on the court to the adulation of female fans. more…

This NFL giant is his right thigh's own worst enemy. Go »

Though not as high flying as brigade mate Birdman, this impossible Mutt invented more than just a pop. Go »