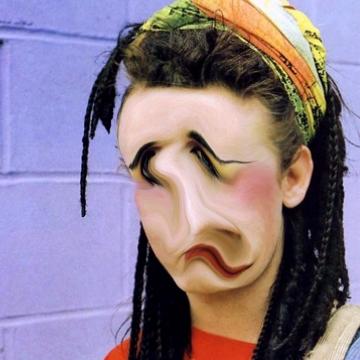 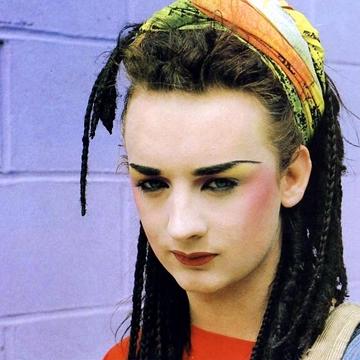 clue: This chamelon-like performer has transformed "himself" from a pop star to a garbage collector.

explanation: Boy George was a pop singer in the 1980s known for his androgynous appearance and hits like "Karma Chameleon." His legal troubles eventually resulted in community service collecting garbage in 2006. more…

player landmarks: This was the last goo solved by David Kyle.

Objectively, he's got rhythm and he writes the songs. Go »

Welcome to a goo game nightmare: Playing against an eighteen-year-old who just got out of school. Go »