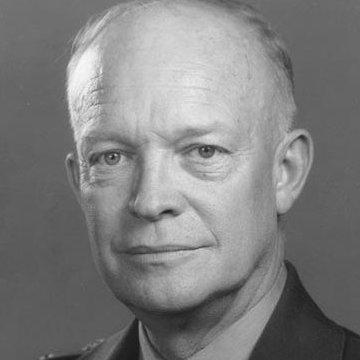 clue: He founded NASA and the interstate system, concluded the Korean War, and ended McCarthyism, but today he might be best remembered for the simple slogan, "I like Ike."