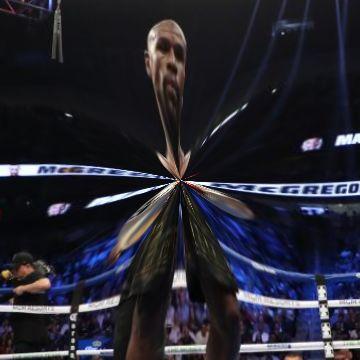 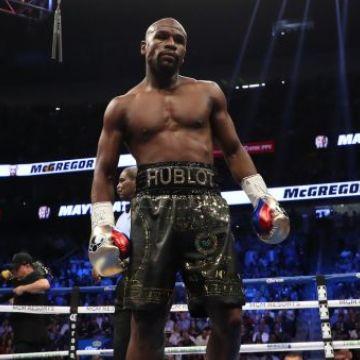 clue: This boxer, one of the best of all time, just retired with his undefeated record intact and his 50th win, against one of the top MMA fighters in the world.