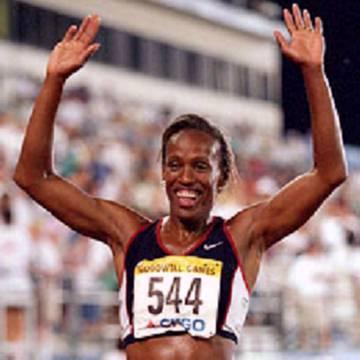 clue: I've run out of ideas to throw her off, but our Champion could probably find seven ways to get points with this goo.

explanation: Joyner-Kersee was the world champion ("Champion") in the heptathlon, an event in which athletes earn points in seven ways. Running and throwing are heptathlon basics. more…

I bet that beating the other players would be tougher than beating cancer if this game's prize was a tour of France. Go »