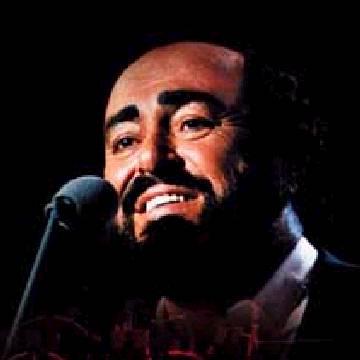 clue: Come on, how many fat, Italian opera singers are there? ...Wait, don't answer that.

explanation: Pavarotti, a fat, Italian opera singer, gained mainstream celebrity when his "Three Tenors" performance at the 1990 World Cup was seen by 800 million people. He was arguably the most famous of all opera singers, known particularly for his girth. more…

trivia: Though Pavarotti had acted in films before (and of course opera inherently involves some acting), he was really only known as an opera singer, and was only listed as such.

If you're the best sharpshooter in the west, get your gun. Go »

He's been a Broadway producer (in title only) and a cartoon meerkat (in voice only). Go »

This Tony winning actor is known nation-wide as a smash hit, to be sure, sir. Go »