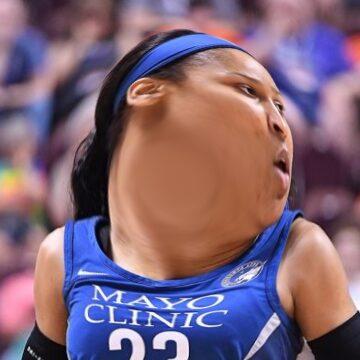 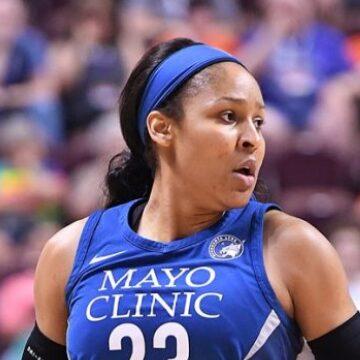 clue: She gave up on a winning basketball career to focus on something more profound, criminal justice reform. Then she surprised the world by doing something even more profound, marrying the man that she helped to free from prison.

explanation: Moore is a WNBA player named the greatest winner in the history of women's basketball by Sports Illustrated. In 2019, she made the surprise announcement that she would take an indefinite leave of absence from the sport to focus on prosecutorial reform, particularly in the case of Jonathan Irons, a Missouri man sentenced to 50 years in prison when he was just 16. Her efforts freed him in July 2020, and Moore revealed in September 2020 that they had gotten married. more…