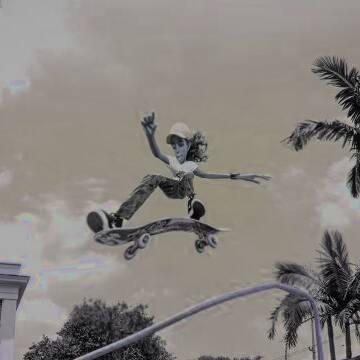 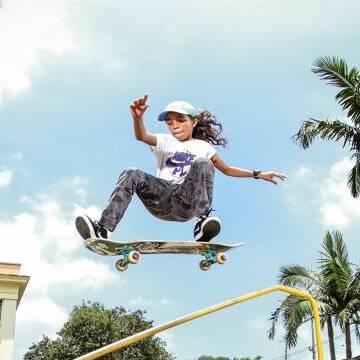 clue: A little bit of fairy dust helped to propel her from Internet fame to winning a silver medal as Brazil's youngest ever Olympian.

explanation: Leal first gained fame at the age of seven for a video in which she skateboarded while dressed in a tutu and fairy wings. At 13, she won a silver medal in the skateboarding competition. more…