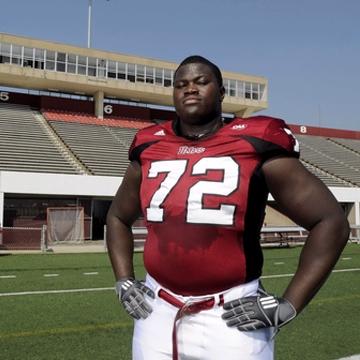 clue: bigger than the blind side of an airplane

explanation: Ducasse was drafted by the New York Jets ("airplane") as an offensive lineman in 2010, one of the top players in the draft. more…

trivia: Scott hoped to trick players into guessing Michael Oher, subject of the novel and film The Blind Side. The book is also about the changing role of offensive linemen, as a buried hint.

If you see him playing in the park, will he find his way back home? Go »