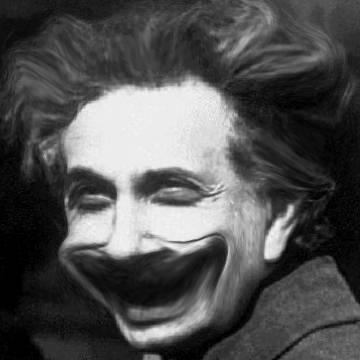 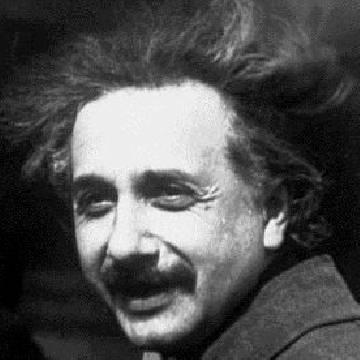 clue: Not even an atom bomb could undo the relativity of this genius's work.

explanation: Einstein was a genius best known for his theory of relativity (E=mc²) and for doing much of the scientific work behind the Manhattan Project, which developed the atomic bomb. more…

player landmarks: This was the last goo solved by Chris Prete and Jennifer Youngedyke.

trivia: Einstein, while not the most influential scientist of all time, is arguably the most iconic figure of the field, and it was only a matter of time until he became a celebrity goo. This photograph was taken upon Einstein's arrival in America during World War I.

This Atlanta woman used a-fond workout to turn her career around. Go »