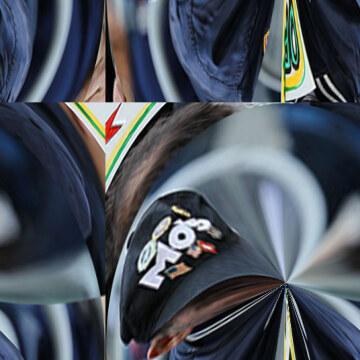 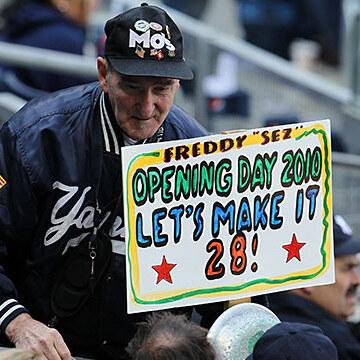 clue: This lifelong Yankees fan became so beloved by the sport that one of his lucky frying pans is in a museum and the other is in the Baseball Hall of Fame.

explanation: Freddy Schuman, known affectionately as "Freddy Sez" for his handmade signs starting with that phrase, was a near-constant presence at New York Yankees games for decades, often appearing with a "lucky frying pan" painted with a shamrock that he invited fellow fans to bang upon to bring the team luck. more…

He had a dominant career playing professionally for Chelsea F.C., but he's also quite accomplished with his native Ivory Coast's national team. Go »

This golfer is newly open about how science helps him win so many championships. Go »