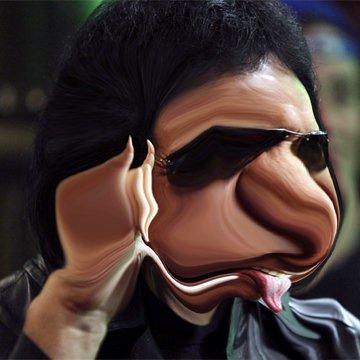 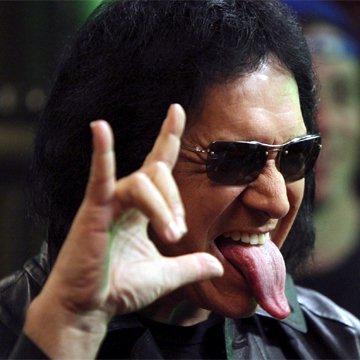 clue: This rock singer gave up rocking and rolling all night and partying every day to raise a bejeweled family.

explanation: Simmons was the frontman for Kiss, who scored a hit with "Rock and Roll All Night." He starred in the reality show Gene Simmons Family Jewels. more…

The initials of this monocular singer's group did not stand for Turn Left Carefully. Go »

No, he does not enter the club through a hole in the baseboard. Go »