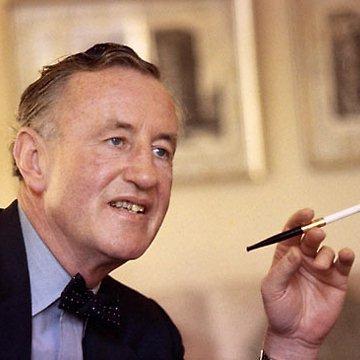 clue: While serving on Her Majesty's secret service, he found inspiration for his most famous character, a spy who faced off against Dr. No, the man with the golden gun, and Goldfinger.

explanation: Fleming was an intelligence agent who based his hero James Bond in part on his own experiences. more…