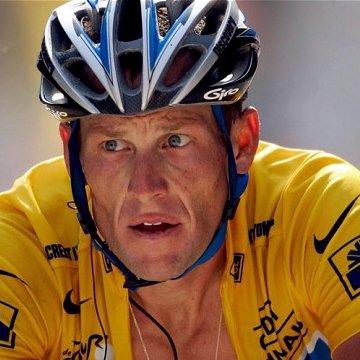 clue: He triumphed over other cyclists year after year in France and even beat cancer, but doping allegations eventually dragged him down.

trivia: This goo was originally created for the "Pride Goeth Before a Fall" theme. Scott initially considered Armstrong, Richard Nixon, Brett Favre, and Paul Reubens for the theme, but didn't want to use any of them because they had already been goos in the past. He wound up replacing Armstrong with James Frey, and then found so many other good possibilities that he expanded the theme to two weeks.