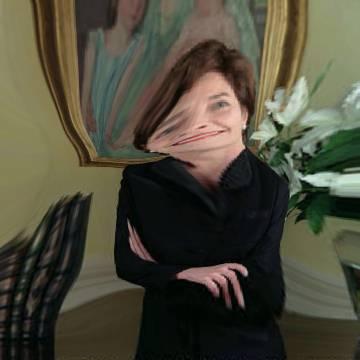 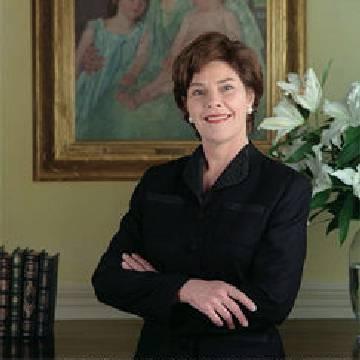 clue: If she's so big on reading, how come her husband is called by one letter?

explanation: Bush's husband was George W. Bush, president at the time this goo went online. She was formerly a librarian and schoolteacher, and made a literacy campaign the focus of her time as First Lady. The "called by one letter" part of the clue (her husband was sometimes called Dubya after his prominent middle initial) was a reference to the George W. Bush goo. more…

trivia: Many players guessed "Mrs. Bush" or "Mrs. George W. Bush," not bothering to look up her first name if they didn't know it already.

Her husband keeps making public appearances with dummies, but this fitness trainer isn't one of them. Go »

This foreign-born beauty queen might soon live in the most famous house in the United States. Go »