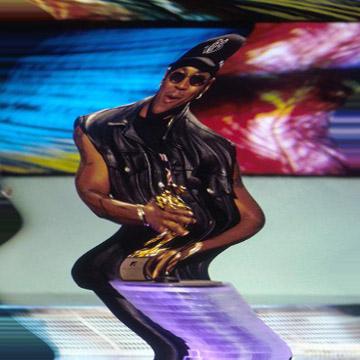 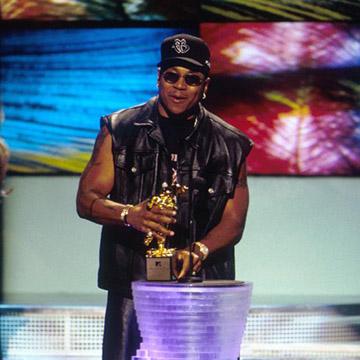 clue: This rapper was known for rocking the bells and knocking you out like Mama said, until he decided to go back to Cali to join the Naval Criminal Investigative Service in Los Angeles.

explanation: LL Cool J's hits include "Rock the Bells," "Mama Said Knock You Out," and "Going Back to Cali." He stars in NCIS: Los Angeles. more…

trivia: LL Cool J (1998) was the very first celebrity goo, setting a template that all other goos have followed ever since. Like those of many goos in the early game, its clue relied on euphemisms rather than being straightforward with its hints, but otherwise it still resembles a modern goo when considered twenty years later. I originally regarded this goo as a poor choice to have been first, because LL Cool J at the time did not seem sufficiently famous (a few people struggled to recognize him), but Celebrity Goo Game has had to rely on far more obscure "celebrities" in order to produce some of the 4,266 goos to date. Looking back now on the game's twentieth anniversary, it seems like the perfect place to have begun. –Scott Hardie

He sings in a band that spells 'neighborhood' the British way despite not being British, and now he has released an album called & despite it being a solo album. Go »