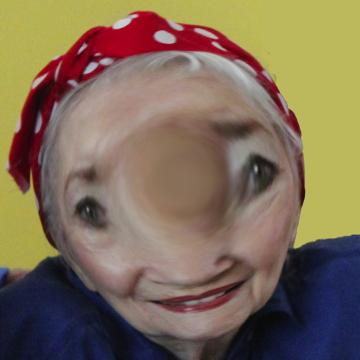 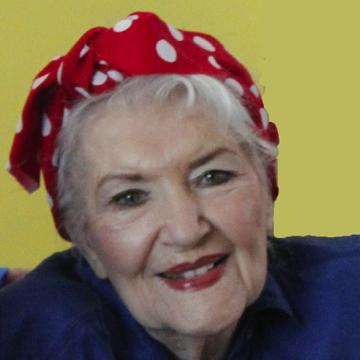 clue: What's a woozle? Ask this former factory worker, whose iconic pose became wartime inspiration and was credited to the wrong model until 2015, including a previous celebrity goo in 2014. (Be careful! Only guesses for the right name will count. You can do it!)

explanation: Parker is the subject of the famous "We Can Do It!" painting, based on a photograph of her working at a factory. Until 2015, the model was widely understood to be Geraldine Doyle, who had claimed without evidence to be the model. Her claim was widely circulated, with each unverified claim citing another as the source, in what became a famous "woozle effect," when a false "fact" spreads via frequent repeating without a verified original source. more…

It's not every day that someone pays $69 million for a JPG file, but he's no ordinary artist. Go »

This Oxford-educated archeologist traveled and documented the Middle East so extensively that Britain needed an opinion as clear as hers about how to establish Iraq. Go »

This humorist and public speaker hasn't finished a book since 1994, but she remains one of New York City's most opinionated and distinctive voices. Go »

She regrets the fad spawned by her viral blog post in 2008, both for the effect it has on gender-fluid children and for the dangerous stunts that have gotten party-goers killed. Go »