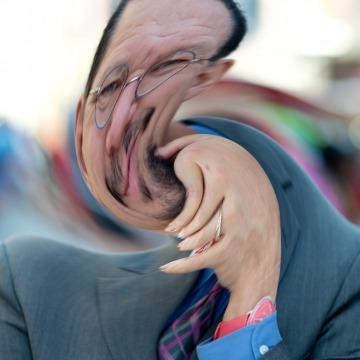 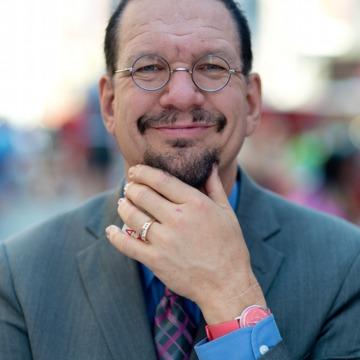 clue: He conducts his magic act like a business: With a silent partner.

explanation: Jillette was the speaking half of the act Penn & Teller. more…

trivia: This goo was inspired by incorrect guesses made for a goo of Todd McFarlane.

This magician's license plates are ATHEIST, NOGOD, and GODLESS. Go »

The oil invented by his parents kept him alive for 24 years beyond his fatal diagnosis. Go »