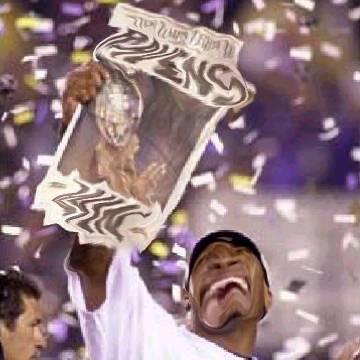 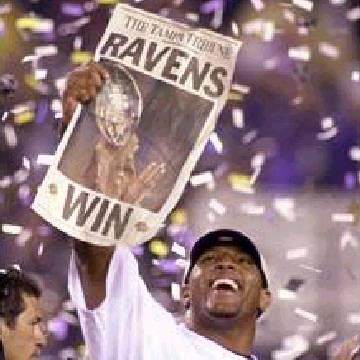 clue: Anyone who can guess this alleged murder conspirator is a goo MVP.

explanation: Lewis, a linebacker for the Baltimore Ravens, was named MVP of Super Bowl XXXV the night before this goo went online. He was more famous for an incident a year earlier in which he was part of a group of people who murdered a man outside a bar, though he was acquitted of any wrongdoing. more…

trivia: This photograph was taken immediately after Super Bowl XXXV, only a few hours before it was gooed and put online.

Now that he's retired, the air above basketball courts is safe again. Go »