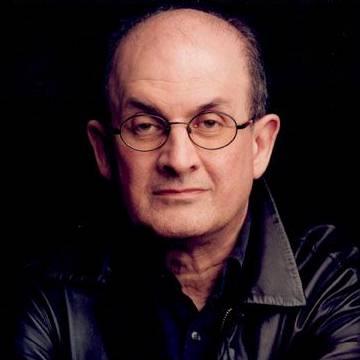 clue: As fishy as it sounds, this Indian author was in such a hurry to get killed he wrote a novel declaring Muhammad a liar.

explanation: Rushdie was the author of The Satanic Verses, a novel highly controversial in the Muslim community for its depiction of a hypocritical Muhammad who changes his messages. The word "fishy" was a play on Rushdie's first name. The phrase "in a hurry to get killed" was a play on his last name. more…

This poet and novelist's delicious works cover such tasty topics as caramel and mangoes. Go »