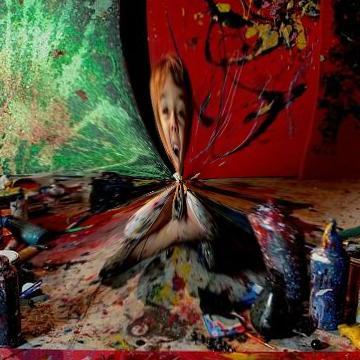 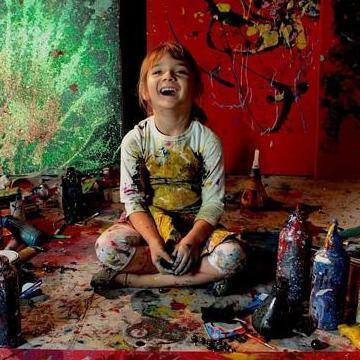 This celebrity goo was created by player LaVonne Lemler.

clue: Another Picasso? This extremely talented young artist gained international recognition at age four after selling a collection of abstract paintings in shows from Italy to Hong Kong, including one for $24,000.

explanation: Aelita Andre, now 11, began painting at nine months of age. Her abstract works were initially displayed in a Melbourne gallery exhibition just after her second birthday. By the time Aelita was 4, she had her first solo exhibition in New York and earned the nickname of "Pee Wee Picasso" because of the international popularity of her artwork. more…

Gay pride got very colorful after this artist designed a representative flag. Go »