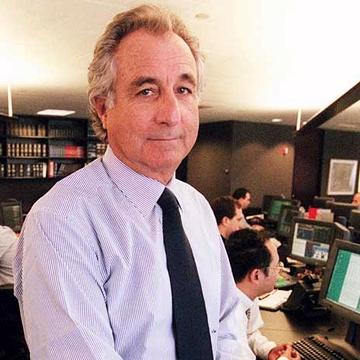 clue: He was the top of the biggest pyramid in history until it all came crashing down.

explanation: Madoff ran the biggest Ponzi (pyramid) scheme in history until he was caught in January 2009. more…