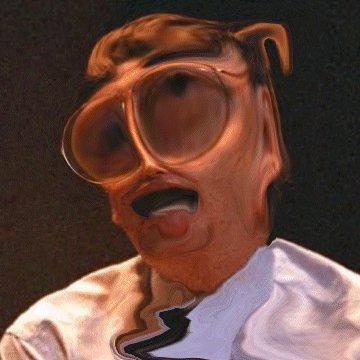 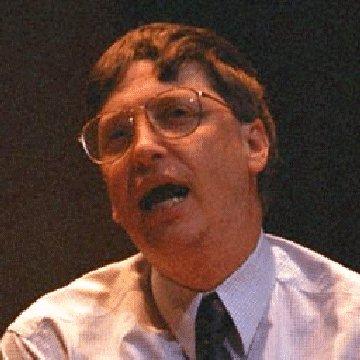 explanation: At the time, Gates was the richest man in the world, worth approximately $90 billion. He looked like a stereotypical nerd, and built his fortune as the founder and CEO of the Microsoft computer software corporation. more…

player landmarks: This was the first goo solved by Denise Sawicki, David Mitzman, and Kelly Lee.

trivia: This was the game's first very popular goo. The number of players temporarily spiked this week.

This philanthropist has a macro fortune from micro beginnings. Go »

The alt-right counts this digital media executive and former presidential advisor among its most prominent voices. Go »

Recognizing the importance of a healthy diet, this innovative business leader successfully expanded the company's soft drink and snack food portfolio with items of nutritional value, such as dairy, fruit and grain products. Go »