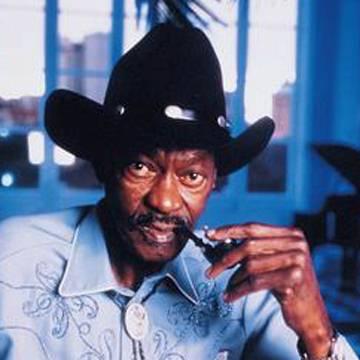 clue: Before calling Slidell home, this tight-lipped guitarist was an ambassador of American music abroad.

explanation: Brown was a blues guitarist appointed by the U.S. government to represent American music around the world. He settled in Slidell, LA. The word "tight-lipped" is a play on his nickname "Gatemouth." more…