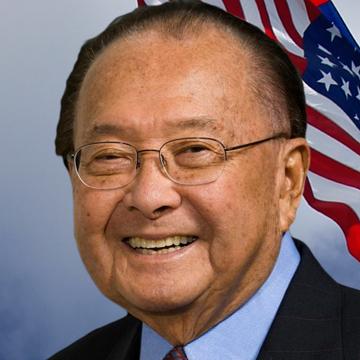 clue: More hardcore than Rambo, this legal eagle was 3rd in line.

explanation: Inouye was a soldier frequently decorated for bravery and sacrifice (he lost an arm to a grenade) who went into law and eventually represented Hawaii in the U.S. Senate, at one point becoming third in the line of presidential succession. more…