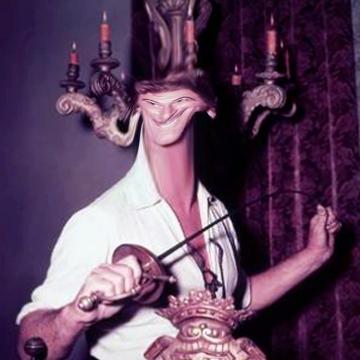 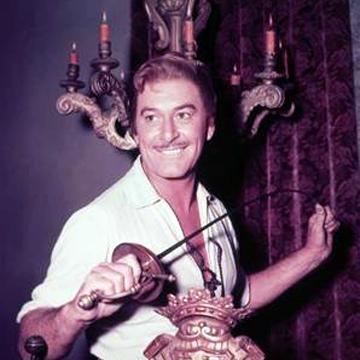 clue: He may have been a soldier, a cowboy, a pilot, and Robin Hood, but he was a pirate first and foremost, inspiring cinematic swashbucklers ever since.

explanation: Flynn starred in a variety of films after being typecast as a swashbuckling action star after his breakout role in Captain Blood. more…