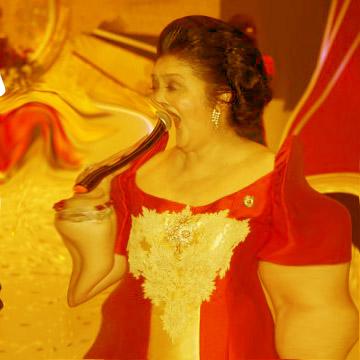 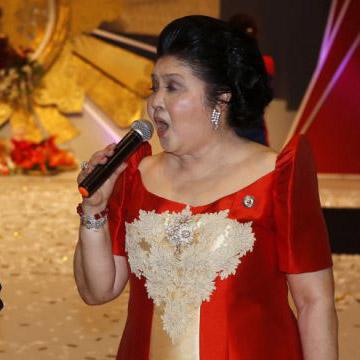 clue: Was it fair that she was accused of enriching herself while her husband governed the islands? Hey, if the shoe fits...

explanation: Marcos, widow of Filipino president Ferdinand Marcos, was accused of using public funds and leveraging her position in order to acquire vast wealth, including over a thousand pairs of shoes. more…

trivia: Imelda Marcos (1999) was an otherwise unremarkable goo of the notoriously kleptocratic Filipino first lady, but the sole correct guess by Jason Peter Fedorow inspired an award: The "Golden Imelda," a gold-tinted image of the goo, was thereafter awarded to any player who alone solved a difficult goo. The award was eventually renamed to Solo Solution so that its strange origin didn't have to keep being explained years later, though players occasionally still refer to "earning an Imelda" to this day. This goo remains the only one ever to inspire a player achievement or trophy all on its own. –Scott Hardie