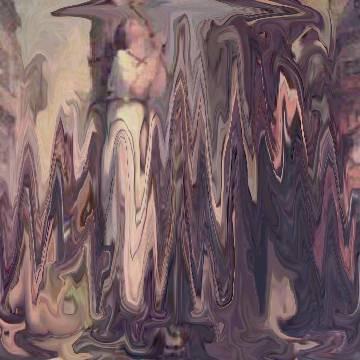 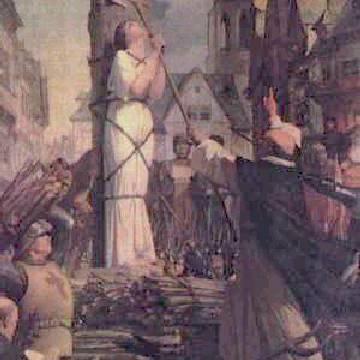 explanation: The phrase means "God spoke to her in French" when translated. Joan of Arc was a young, French peasant who claimed that God spoke to her. She was given military command by the young king, and she participated fairly successfully in the Hundred Years' War until politics led to her downfall: She was burned at the stake after being accused of witchcraft by her political enemies, an event depicted in the gooed painting. (The image was specifically gooed to look like flames burning her.) more…

trivia: The clue, the first ever to be written in a foreign language, brought complaints from players who didn't speak French. But the French was the main point of the clue, and translation programs were commonly available all over the web.

Don't get closer to a fragile guy with nails this long. Go »