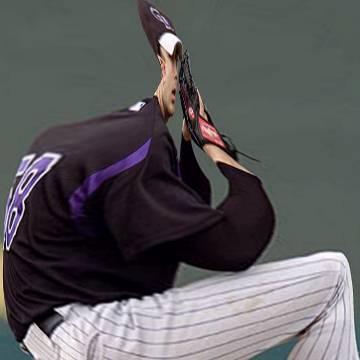 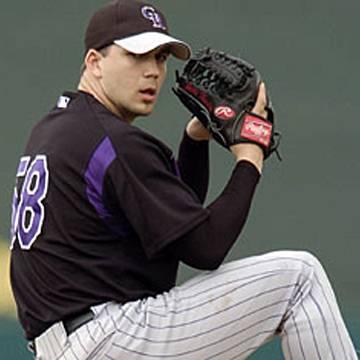 explanation: Hampson, a longtime player in Celebrity Goo Game, had recently switched from the Colorado Rockies to the San Diego Padres when this goo was published. more…

trivia: Justin made game history as the first player to be turned into a celebrity goo himself. Steve Dunn was the first to mention it in July 2007: "I just noticed that Justin Hampson is in the goo tournament. That guy is a pitcher for the Padres. He's possibly the only goo player who could also be a goo." Even though the "Don't I Know You?" themed weeks traditionally feature celebrities with the same name as site players, it also seemed like the right place for Justin's goo. Justin married fellow player Wendy Eberhart, sister of Mike Eberhart, in early November 2007.