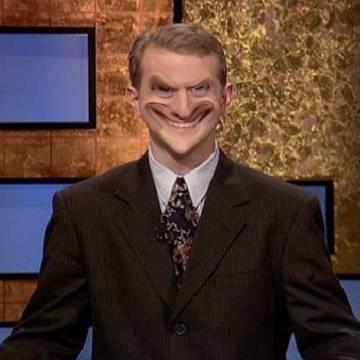 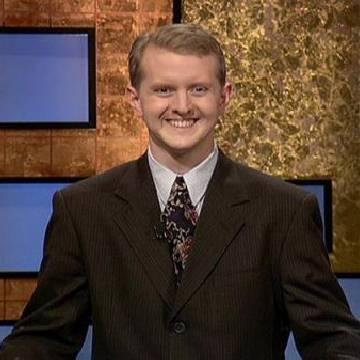 clue: You'll have to play longer than he did to win a million in the goo game. Be sure to answer in the form of a question!

explanation: Jennings made "Jeopardy!" history by being the first player to earn a million dollars in a months-long winning streak (and he went on to considerable further success in the game beyond that milestone). The phrase "be sure to answer in the form a question" is a hint as to the game show that made Jennings famous. more…

player landmarks: This was the last goo solved by Melissa Erin.