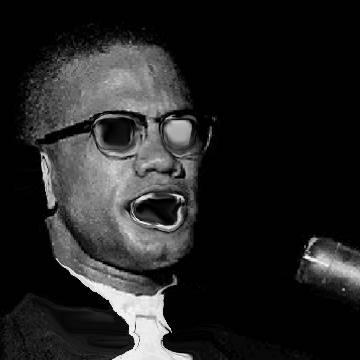 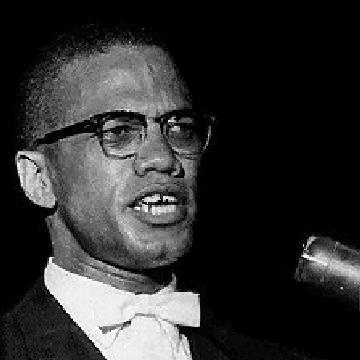 clue: This guy was a racial x-factor in the sixties.

explanation: Malcolm X, one the central cultural figures of the 1960s, was a minister of Islam and was a civil rights activist on behalf of African-Americans (regardless of their religion). The word "x-factor" refers to his assumed last name. (His birth name was Malcolm Little.) more…

trivia: This goo was inspired by X's autobiography, which Scott read for his Autobiography class shortly before creating the goo.

Don't get closer to a fragile guy with nails this long. Go »

Fifty years ago, when homosexual bar-goers had their backs against the wall, she got her civil rights and sparked a movement that helped everyone else get theirs. Go »