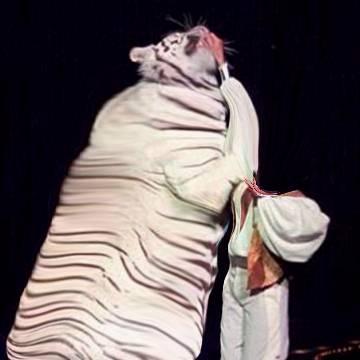 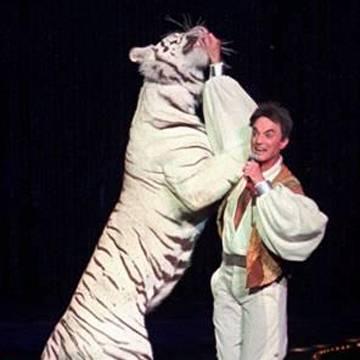 explanation: Montecore was a wild tiger trained in the no-barriers Siegfried & Roy act who famously bit Roy Horn in the shoulder and closed the show permanently. more…

player landmarks: This was the last goo solved by Robert Fry.

trivia: Scott had intended to goo Montecore for some time, and also wanted to spoof the "lolcats" Internet meme. The two seemed like a natural match. What Scott didn't count on was that so many players, a total of eight, would guess Roy Horn.

Don't pound your forehead if you can't guess this goo who left talk radio in suburbia with the intent of enforcing the order of law. Go »