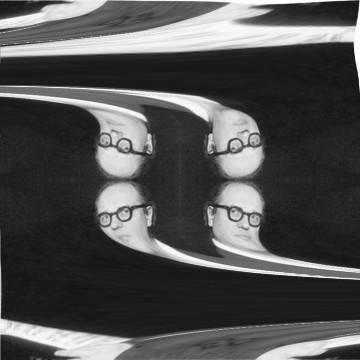 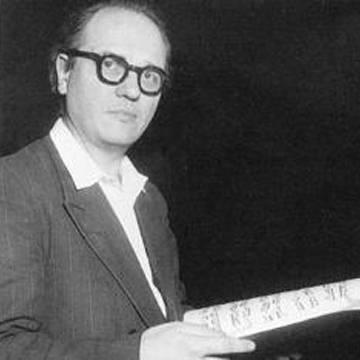 This celebrity goo was created by player Elliot Farney.
Scott Hardie provided the category and difficulty, made minor changes to the clue provided by Elliot, and wrote the explanation.

clue: Even after 20 years, this man would stop at nothing to figure out a part of the Messiah’s life.

explanation: Messiaen was a French composer, organist (referenced by the word “stop”) and teacher. “Vingt Regards sur l'Enfant-Jésus” (“Twenty Observations on the Infant Jesus”) and “La Transfiguration de Notre-Seigneur Jésus-Christ” (referenced in the clue by the word “figure”) are two of his most notable works. “Messiah” is a play on the composer’s last name. more…

trivia: In addition to providing the source image, gooed image, and clue, Elliot Farney also wrote the clue's explanation. He used Microsoft Digital Image Suite 10 to create the gooed image, making this the first goo to be created with that software.

It's my prerogative whether to release a new edition of a goo if the celebrity becomes better known for criminality than music. Go »