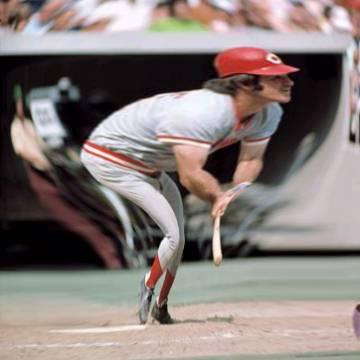 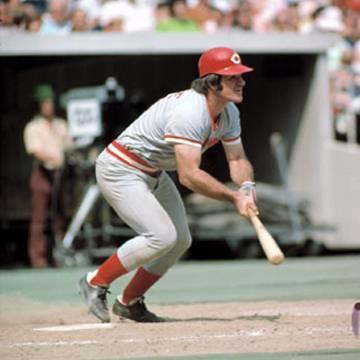 clue: Being caught red-handed by gambling allegations have kept this record-breaking hitter from ascending to true baseball fame.

explanation: Rose, a former Cincinnati Red ("red"), would be eligible for the Baseball Hall of Fame ("fame") had he not gambled on the outcomes of games, especially those in which he participated as player or manager. The word "ascending" was a play on his last name. more…

player landmarks: This was the first goo solved by Betsy May.