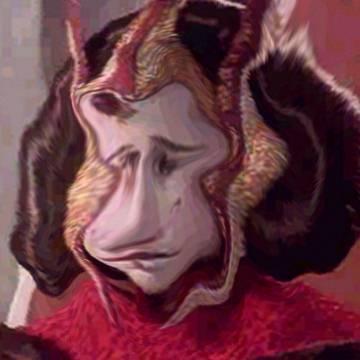 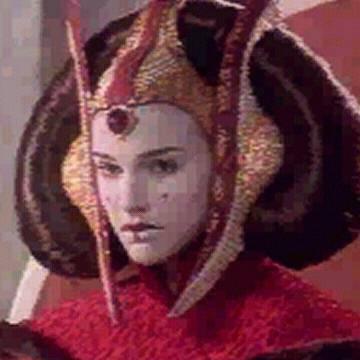 clue: The Queen of Naboo is waging war among the stars.

explanation: Queen Amidala, leader of the planet Naboo and mother of Luke Skywalker, was one of the major characters in "Star Wars: Episode I - The Phantom Menace," which was playing in theaters when this goo went online. The phrase "war among the stars" refers to Star Wars. more…

trivia: Originally, Matt Preston guessed Natalie Portman, and was declared wrong. The goo was classified under "politics," and it was obviously the fictional character, not the actress who played her in the movie. However, Matt successfully argued that his guess should count because it's still a photograph of Natalie Portman, and the goo rules were changed so that guessing an actor or actress could count even if the goo was of a character that the performer was playing.