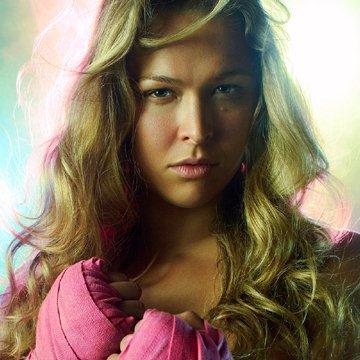 clue: This bronze assassin is armed and dangerous.

explanation: Rousey, a fighter known as the "Armbar Assassin" for her victories by the armbar technique, won a bronze in judo at the 2008 Olympics. more…